Writing Skills: What effects do texting and tweeting have?

The present era of the Internet and smartphones has brought about new understanding of American slang. The informal language is not barely the language used by kids as more and more people are using the relaxed grammar rules in their writing. This fact will not come as a surprise for sure, yet have you ever wondered which impact it has on students’ writing skills?

First and foremost, one of the pivotal effects is blurred borders between formal and informal writing. Students can no longer tell the difference between them. The spread of abbreviations is grounded on 140-character limit introduced by Twitter. Despite the fact that modern smartphones do not have any limitations on texting, students who had the older phones just a few years ago formed a habit to limit their text to 160 characters. The truth behind this all is the key to success of the digital realm: “the shorter, the sweeter.” All grammar and punctuation rules are left aside as they presume using additional characters, which are of no value to the message. What concerns the educational writing, it should be as formal as possible due to the fact that it is the preparation for strong and professional writing in the workplace. 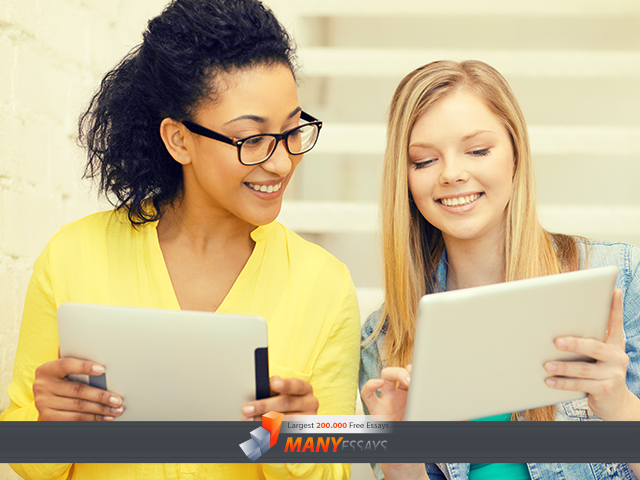 Second, students have become more creative and imaginative in their writing than the previous generations. The online platforms encourage users to implement more eye-catching phrases and more vivid images to attract the audience’s attention. The students’ collaboration on the Internet implies the evolvement of creativity and improvement of writing skills.

Finally, despite obtaining a college degree, the quarter of graduates cannot devise a decent piece of writing. The interviewing employers state that the writing skills of these people are deficient. So how could they graduate without knowing the basics of academic writing and basic understanding of applying writing formats yet having debts of tens of thousands dollars?

After conducting the research and asking some students to explain the reasons behind the deficient writing skills, the gathered answers were astonishing. Students stated that writing skills formed in high school remained the same even after spending four years in college and did not improve at all. In addition, these students were never assigned to write a paper longer than 20 pages. In a nutshell, professors at college are inclined to believe that students are already aware of the requirements for perfect writing, and teachers at school suppose students to hone their skills at higher educational institutions.

Making a significant conclusion, writing skills of modern students are based on creating original images with the help of catchy words and phrases. It could have been considered as an advantage but the requirements of formal writing do not presume implementation of such devices. The skills in compiling a formal piece are poor, while contractions, abbreviations, and slang words have no connections to professional writing. The fear to lose the interest of students and attempts to kindle a spark of it result in having a generation with deficient writing skills.