Most Amazing Places On Earth

If you get any chance, travel. To see the beauty of the world, to enjoy the most amazing places, to make your eyes see and your heart feel the magic of the place we all live in: waterfalls, mountains valleys and peaks, forests and deserts, oceans and rivers. I’ve made my personal TOP-10 places to visit and would like to share it with you.

10 Places to Go Before You Die 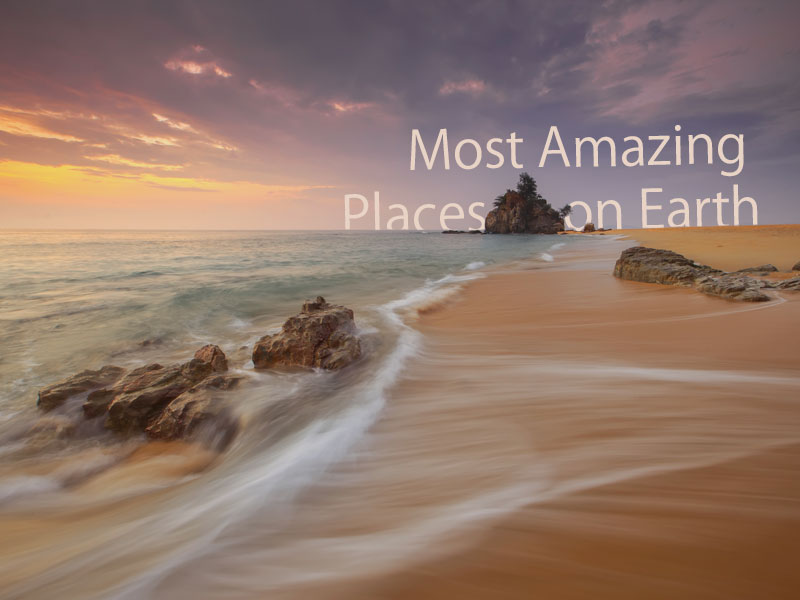 A part of the Groningen-Drenthe lakes, this lake is located in Groningen, and there is nothing better in the world than ice skating on the Paterswoldse Meer. Due to its enormously breathtaking scenery, this place is one of the favorite pots of the tourists. Get a chance to skate in such a natural setting.

One of the outstanding and beautiful resorts is Motu Tehotu Four Seasons Resort. You will have an unforgettable rest.

One of the must see places in Hong Kong in the biggest Buddhism center for any visitor is Tian Tan Buddha. The following statue is considered to be the largest monument of Buddha. It weighs 250 tonnes and is 34 m high.

One of the wonderful places to visit in Greece is the Blue caves in Zakynthos Island. This island in the Ionian sea offers one of the most breathtaking views on the West Coast - the blue caves of Volimes. The caves are made of the material that reflects the blue color of turquoise waters of the Ionian sea.

It is a massive and steep flat top cliff 604 metres above Lysefjorden. Annually, almost 200 thousand people visit Pulpit Rock to see with their own eyes one of the most wonderful places in Norway.

It is the biggest national park in the country, opened in 1949. This park is regarded as the oldest one in Southeast Europe. The park is located in the central Croatia mountainous area and is a part of the UNESCO World Heritage. Annually, millions of people visit the PlitviceLakesNational Park.

Known as Five Flower Lake of China, this crystal clear lake has a lot of waterfalls and is situated in in the JiuzhaigouValley. Its mere attraction is the number of various colors: from green to turquoise, and from blue to yellow.

3. India - Benteng Chittorgarh
It is one of the biggest forts in India, situated in the west of the country, in Rajasthan state. This place gives a deep insight into the history and culture of India. It inspires travelers and historians with its tremendous temples, towers, and palaces.

The CapilanoSuspension Bridge locates in Vancouver. It is a 140 m long and 70 m high suspension bridge on the CapilanoRiver. Being a popular tourist attraction, this bridge has over 800 thousand visitors a year.

1.  The Gardens at Marqueyssac - France
The most fabulous landscapes in the world are located in the town of Vézac, France. Wrapped around the 17th century Château de Marqueyssac, these stunning landscapes are preserved by attendants for already 300 years.